主页 英语新闻 China: W.H.O. Should Research Origin of Coronavirus in Other Countries
英语新闻

China: W.H.O. Should Research Origin of Coronavirus in Other Countries 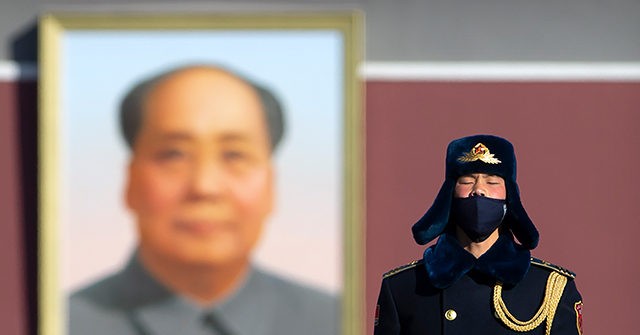 China’s National Health Commission, its top public health authority, urged the World Health Organization (W.H.O.) on Wednesday to investigate the origin of the Chinese coronavirus – which first began infecting humans in Wuhan, China – in other countries.

The agency made the suggestion shortly before the expected arrival of a W.H.O. investigative team to China on Thursday, over a year after the first cases of the virus began surfacing in Wuhan. Chinese officials admitted to destroying early samples of the Chinese coronavirus from Wuhan in mid-2020, claiming it necessary to “temporarily manage the pathogen” in the seafood and meat wet market where authorities believe the virus first began affecting people.

W.H.O. sent a team to China in the summer, months after the “disinfection,” but the team was unable to do any substantive investigating as the Communist Party forced it into quarantine in Beijing. Now, the U.N. agency appears to be trying again, this time scheduled to go to Wuhan.

The Chinese government had initially agreed to the latest investigation, but then denied W.H.O. investigators entry into the country last week. Beijing finally relented and is expected to welcome the team on Thursday.

Communist Party authorities have publicly speculated that the virus may have been released into the world by the U.S. Army, providing no evidence for that claim. They have also alleged that cases of e-cigarette lung injury in 2019 were secretly Chinese coronavirus cases, although injuries are not contagious. The Chinese coronavirus is extremely easily transmissible from person to person, a fact the Chinese government and the W.H.O. denied in early 2020.

“To probe the origin of the COVID-19 virus is a scientific task, and World Health Organization experts’ team needs to make similar trips to other countries, in addition to China’s Wuhan,” Chinese health officials said on Wednesday, according to the state propaganda outlet Global Times. “Officials from the National Health Commission said at a press conference that finding the virus origin is a scientific question, and they suggested conducting similar visits to other countries to achieve this objective.”

The Global Times report did not note any particular countries that China wishes to be under scrutiny as a potential origin of the virus. Beijing has repeatedly accused the United States, however, of being the true origin of the pandemic.

“It might be U.S. army who brought the epidemic to Wuhan,” Zhao claimed.

Zhao later alleged that the virus may have originated in Maryland and that diagnosed lung injuries as a result of the use of e-cigarettes, or “vapes,” were actually Chinese coronavirus cases. There is no scientific evidence linking the two situations, e-cigarette injuries were not especially more prominent in Maryland than anywhere else in America, and lung injuries are not contagious.

“The U.S. is responsible for the pandemic situation,” Zhao nonetheless said in July.

On Tuesday, Zhao welcomed the W.H.O. investigative team and told reporters at the Foreign Ministry’s daily press briefing that the international team would essentially be under total supervision of Chinese government-approved experts. The team, he said, would “conduct scientific cooperation in origin-tracing with Chinese scientists.”

Zhao offered more details the day before, when he also insisted that the U.N. agency “will need to pay similar visits to other countries and regions” to know the true origin of the virus.

“During the visit, the international experts will hold exchanges with Chinese scientists and medical experts over scientific cooperation in origin-tracing,” Zhao said.

The Global Times on Wednesday revealed that the W.H.O. would be under quarantine and their investigation would consist of talking to Chinese government experts via online video chat.

“The team will undergo quarantine when they reach Wuhan, in central Hubei Province. W.H.O. experts will communicate with Chinese medical experts by video during their quarantine period,” the Times noted. The propaganda newspaper did not elaborate on what would happen after the quarantine period ended or if the scientists would be allowed to do any on-location research in Wuhan.

The W.H.O.’s first investigative team sent to Chinese to probe the origins of the virus visited in July 2020. The team was forced into a two-week mandatory quarantine in Beijing, speaking to Chinese officials through video chat, and returned home with no significant conclusions.

In a separate article, the Global Times declared the W.H.O. visit a victory against the United States.

“Tuesday’s announcement is a fresh slap on the face for some politicians – for example, U.S. Secretary of State Mike Pompeo – who still refuse to give up their smears against China,” the Times contended, “and have been seeking every chance to attack China for concealing information about the outbreak.” The newspaper appeared particularly incensed that Pompeo, who has been strongly critical of the W.H.O., once again lamenting that the U.N. agency had done little to hold China accountable for its role in the pandemic.

The Global Times, citing the Chinese Foreign Ministry, claimed that China “has never set any obstacles for the W.H.O. team.”

China denied the W.H.O. investigative team entry into the country last week, despite some members already being en route to the country.

“Today, we learned that Chinese officials have not yet finalized the necessary permissions for the team’s arrival in China,” the director-general of the W.H.O., Tedro Adhanom Ghebreyesus, said on January 5. “I’m very disappointed with this news, given that two members had already begun their journeys and others were not able to travel at the last minute, but had been in contact with senior Chinese officials.”
Hua Chunying, Zhao’s more congenial colleague at the Foreign Ministry, claimed that “minor outbreaks in multiple places around the world” were the cause of the delay.