China COVID cases jump ahead of WHO investigation team arrival 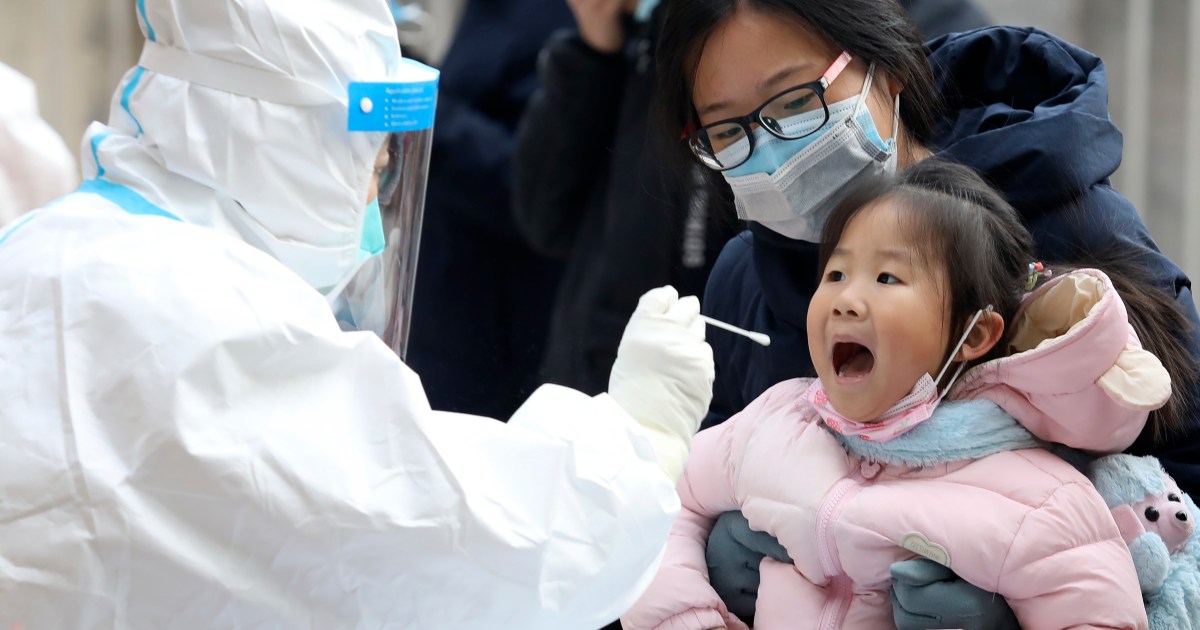 China has recorded the biggest daily jump in COVID cases in more than five months, despite strict measures to curb an outbreak that began in Hebei, the province surrounding Beijing, as a team of experts from the World Health Organization (WHO) investigating the origins of the coronavirus were due to arrive in the country.

Most of the new patients were reported near the capital but a province in northeast China also saw a rise in new cases, official data showed on Wednesday.

The National Health Commission said in a statement that a total of 115 new confirmed cases were reported in the mainland compared with 55 a day earlier. This was the highest daily increase since July 30.

The commission said 107 of the new cases were local infections. Hebei accounted for 90 of the cases – the highest number of cases so far – while northeastern Heilongjiang province reported 16 new cases.

The new outbreaks come a day before a WHO expert panel investigating the origins of a virus that has now killed nearly two million people around the world is due to arrive in the country. The 10-member team is expected to travel to the central city of Wuhan, where cases of the illness first emerged in late 2019. 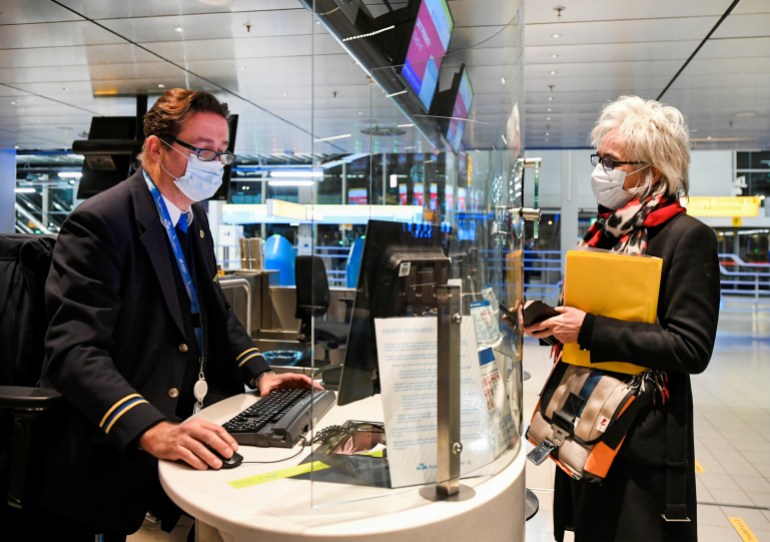 Dutch virologist and scientist Marion Koopmans, is one of the WHO team heading to China to investigate tne origins of the COVID-19 pandemic [Piroschka van de Wouw/Reuters]Much remains unknown about the origins of the virus and China moved quickly to clean up and disinfect the now-closed Huanan seafood market, which was linked to the first case of the respiratory disease.

Hebei has put three cities – Shijiazhuang, Xingtai and Langfang – into lockdown as part of the efforts to keep the virus from spreading further, while authorities in Beijing have stepped up screening and prevention measures to prevent another cluster from developing in the capital.

A third city in #China‘s northeastern #Hebei province has now entered lockdown following the discovery of new #COVID19 cases. The around 23 million residents of Langfang, Xingtai and Shijiazhuang have been discouraged from entering Beijing, high-risk zones are heavily restricted.

Heilongjiang province, which borders Russia, on Wednesday declared a COVID-19 emergency. The city of Suihua, which borders the provincial capital Harbin, put its 5.2 million people under lockdown.

Most of the cases in Heilongjiang have been found in Wangkui county, which falls under Suihua’s jurisdiction and was sealed off earlier this week.

Tieli, a city of about 300,000 people that borders Suihua, said on Wednesday it would not allow any people or vehicles to leave for three days as part of new COVID-19 prevention measures.

China’s state planning agency has said it expects travel during next month’s Lunar New Year period to be markedly lower than normal, with a bigger share of people using cars rather than public transport. Many provinces have asked migrant workers to avoid travelling during the break, which is often the only time they get to go home and see their families.

The number of new asymptomatic cases, which China does not classify as confirmed cases, stood at 38, with 15 of those in Hebei according to the state-controlled Xinhua news agency. Seven cases also emerged in Jilin, another northeastern province.

The total number of confirmed COVID-19 cases in mainland China now stands at 87,706, while the death toll remained unchanged at 4,634.