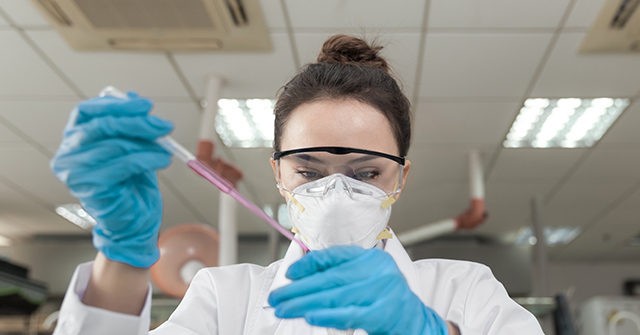 “For vitamins and antibiotics, more than 90 percent of their raw materials are produced in China. The U.S. will definitely not be able to produce them in the short term. Of course, we will not take the lead in doing this, but if the U.S. dares to play dirty, we have these countermeasures,” Li said in an interview with “local media” cited by the SCMP.

The United States imposed sanctions on China’s semiconductor supply in May and tightened them in August, preventing Chinese telecom giant Huawei from obtaining the advanced processors it needs for its line of smartphones. Some analysts believe Huawei’s smartphone business will not recover from the loss of chips, although other Chinese companies would take much of its market share.

Li said that if the U.S. cuts off China’s semiconductor supply even further, it would be a “nuclear option” that would justify China retaliating by choking off the supply of medicine and medical components. He also thought the U.S. might impose restrictions that would make it difficult for China to access the international banking system, a prospective action he denounced as “economic terrorism.”

“We are open to negotiations, but if you are unreasonable, we will fight you to the end at any cost,” he added.

The actual degree of American dependence on China for pharmaceuticals and drug components is a matter of some debate. The U.S. Food and Drug Administration (FDA) has not been able to pinpoint exactly how many Chinese companies are involved in the U.S. supply chain, or how well the American pharmaceutical industry would be able to cope if all the Chinese suppliers went offline.

One of the lingering questions is how rapidly the industry could find other suppliers or spin up domestic production, using advanced technology and innovative manufacturing techniques. The Chinese have been threatening to manipulate the U.S. drug supply ever since the trade war went badly for them in 2019, and everyone from pharma executives to the Pentagon has been aware of the strategic vulnerability that was created by allowing China to monopolize the supply chain.

China, for its part, is doing what it can to reduce its dependency on imported semiconductors, including a spirited effort to steal the technology it needs from its major suppliers in Taiwan. China’s premier chipmaker, the government-funded Semiconductor Manufacturing International Corp. (SMIC), said in early August that it believes it can achieve parity with the U.S. semiconductor industry within the next generation of computer chips.

China overtakes US as top country for foreign investment

UN figures show China was the largest recipient of new foreign direct investment in 2020, overtaking the US for the first time. The Chinese...
阅读更多
英语新闻

Rescuers work at the Hushan gold mine where workers were trapped underground after the Jauary 10 explosion, in Qixia, Shandong province, China January 22,...
阅读更多